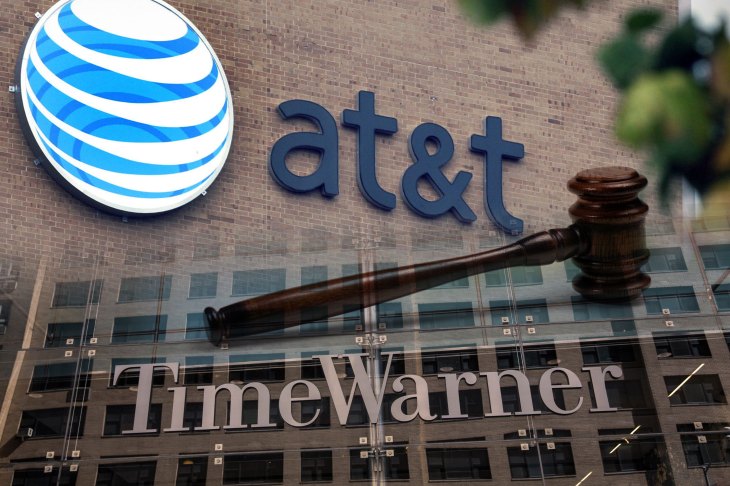 That decision matches word on the street over the past few weeks, and delivers a stern rebuke to the Trump administration, which had opposed the deal from its earliest days. The decision was made following the close of markets in New York, and after-hours trading was muted to the decision.

In light of today’s decision, Comcast, which has been eyeing its own content creator takeover of 21st Century Fox, will likely move forward with a bid as early as tomorrow.

In October 2016, AT&T announced its plan to acquire Time Warner for $85.4 billion, and a total of $108 billion with debt. The DOJ moved to block the merger in March, arguing that the merger would reduce competition and hurt consumer choice.

The nuances of this case are important, as the implications of this decision reach far beyond the individual businesses of AT&T and Time Warner to the vast media landscape as a whole.

First off, it’s worth noting that the overall goal of antitrust regulations is to protect the consumer from unfair business practices that may arise from a consolidation of power within a single company. But size isn’t necessarily what’s most important in these types of cases. In fact, sometimes a merger can help competition and consumer choice, as is more often the case with vertical mergers.

A vertical merger is when two companies who provide different or complementary offerings join forces, giving consumers access to a more comprehensive set of services, at a lower price, while still generating profits. That’s not to say that vertical mergers get through regulatory approval free and clear — the FTC has fought 22 vertical mergers since 2000 — but they receive less scrutiny than horizontal mergers.

There are only a handful of companies in this space, and they are some of the most powerful companies in the world. AT&T itself is the largest telecom provider in the world, and via DirecTV, it is also the largest multichannel video programming distributor in the U.S. Time Warner, meanwhile, owns channels like TBS and TNT, HBO and Warner Bros., not to mention the assets to live sports and news orgs such as the NBA, MLB, NCAA March Madness and PGA.

The DOJ has argued that this type of consolidation would give the merged AT&T-Time Warner the ability to raise prices, thwarting the competition’s ability to compete by forcing them to raise prices to maintain carriage rights. The government has also argued that the newly rolled back net neutrality rules would no longer protect AT&T from, say, throttling Netflix if it didn’t purchase and distribute Time Warner content.

On the other side, AT&T and Time Warner (big as they may be) face steep competition from the FAANG companies (Facebook, Apple, Amazon, Netflix and Google), all of whom have made video a top priority. In fact, CNNMoney reported that AT&T-Time Warner’s counsel Daniel Petrocelli made the argument that traditional media orgs have already been left behind in the digital revolution.

Petrocelli told Judge Leon that their estimates show FAANG is worth $3 trillion collectively, while an AT&T-Time Warner entity post-merger would be worth $300 billion. ‘We’re chasing their tail lights,’ Petrocelli said.

It’s also worth noting that President Trump has been publicly opposed to the deal since he was on the campaign trail. Remember, Time Warner owns CNN, which is the object of some of Trump’s most focused hatred. At a campaign rally in 2016, Trump said his administration would not approve the deal, raising concerns over political interference. The government has argued that Trump did not communicate with antitrust officials over the deal and that their choice to fight the merger was not influenced by the White House.